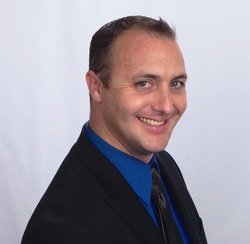 Patrick Doerr grew up in Riverside, California and attended Rubidoux High School.  While in High School he developed a passion for music, which led to his decision to major in music.  He received a Bachelor’s in Music, K-12 Instruction from San Diego State University in 2003, and a Single Subject Credential in Music Instruction in 2004.  Mr. Doerr began teaching in the Sweetwater Union High School District in 2004 at Southwest High School.  In 2006, he moved to Sweetwater High School, where his bands saw success both in the concert hall, on the field, and on the street.  In 2010, Mr. Doerr received his Master's Degree in Conducting from the American Band College through Sam Houston State University.  Over the course of his education, Mr. Doerr has studied under some of the band world's best: Harold Warman, Charles Friedrichs, Max McKee, Col. Mike Bankhead, Robert W. Smith, Ralph Hultgren, Robert Ponto, Anthony Maiello, Col. Lowell Graham, Eugene Rouseau, Alan Keown, Winston Morris, Jim Walker, Jan Vander Roost, Robert Spring,  Al and Gladys Wright, Bobby Shew, Alan Vizzutti, Pat Sheridan, Sam Pilafian, Ray Chapa, Paula Crider, Frank Wickes, and Johan De Meij (to name a few!)

Mr. Doerr came to Chula Vista Middle and High Schools in the summer of 2011, and introduced the high school band to competitive field shows, as well as hosting festivals.  In 2012, the high school hosted its first ever Field Tournament.  In 2017 the band qualified for SCSBOA Field Championships for the first time in the school's history, and finished 7th Place in the 3A division.  As of 2021 the band has qualified for Championships and participated four times.  In 2018, Mr. Doerr moved to Chula Vista High School full time.  In 2019 Mr. Doerr became the Symphonic Orchestra Director, working in tandem with the Orchestra Directior, Dr. Conrad Bruderer.

Mr. Doerr is a strong advocate for the Sweetwater Union High School District band programs, having successfully run of the District Band Pageant, District Color Guard Showcase, District Honor Bands, and the District Summer Arts Academy.  While at Chula Vista, Mr. Doerr started and runs the Chula Vista Invitational Field Tournament in November, the SCPA Chamber Ensembles Festival in February, and the SCPA Band/Orchestra Festival in March. He has served as the Chair of Instrumental Festivals for the California Music Educators Association, Southern Border Section.  Mr. Doerr has been a presenter at the SCSBOA Winter Conference, and is an active adjudicator and head judge with the CMEA Southern Border Section Band/Orchestra Festivals. 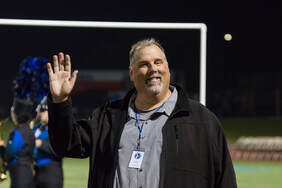 With 35+ years of teaching experience, James has flourished as both a Color Guard Choreographer, Designer, and Director.  He has had the privilege of teaching and performing with many prestigious groups at the Southern California Color Guard Circuit. James has currently coached three WGI classification levels and has had a finalist group at WGI Championships.

James has performed with such groups as, Out of the Blue. James is the Artistic Director of Prado Performing Arts which produced Prado Independent Performance Ensemble from 2010 to 2015.

James is the president of West Coast Winter Guard and is the founding member of the Winter Guard Circuit. In 2014 James was inducted into the Southern California Winter Guard Hall of Fame.

For the last 20 years James has been a full time marching arts educator in Southern California.

James loves spending time with his wife, three children their families and his granddaughter and grandson. Disney is their go to place and it’s the best place to just get away. 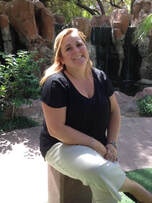 With 6 years of performance experience and 20+ years of teaching experience, Melissa has flourished as both a color guard choreographer and designer.  She has had the privilege of teaching and performing with many prestigious groups at the DCI Open Class Level, and three WGI classification levels and has had a finalist group at WGI Championships.
Melissa has performed with such groups as, Earthquake Drum and Bugle Corps and Think About It Winter Guard and Orange Glen High School.  Melissa has worked with such groups as Prado Independent Performance Ensemble.

"When you love this activity, as much as I do and love the students you work with and always have an amazing staff around.......you what’s not to love. I cherish each moment and look forward to each new day." 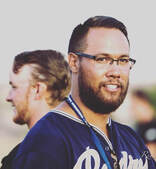 Joseph is a San Diego native that has been teaching the marching arts in Southern California since 2008 ranging from divisions 1A-6A. He has helped many schools achieve success in the marching activity with both music and visual training. Joseph is currently the Visual Caption Head at Chula Vista and Mira Mesa High School. He enjoys the diverse and energetic community at Chula Vista HIgh School and is grateful for the opportunity he has been given to help educate the performers of the Spartan Legion with Mr. Patrick Doerr at the helm. Aside from the schools he currently works with, he also enjoys being a consultant for many programs needing assistance with any and all aspects of the activity. His drum and bugle corps performance experience includes The Academy Drum and Bugle Corps in 2011. 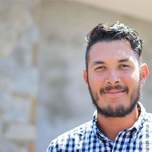 Born and raised in San Diego, Miguel Lopez has been involved with the marching arts since high school and has been teaching   at multiple schools since 2013 including Chula Vista High school and Serra High School.He has experience marching with multiple drum and bugle corps including Gold(2012-2013), the Academy (2014-2015) and the Madison Scouts (2016).He is also a  Chula Vista High school alumni.Outside of teaching Miguel enjoys traveling, hiking and playing video games.